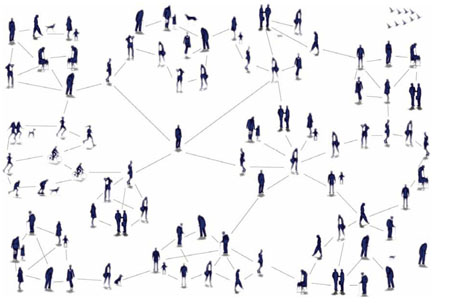 [Ed. note: This is the beginning of a series of posts over this academic year on thematic approaches to art history, especially in the art history “survey.” We encourage others working thematically to contribute or comment.]

I have taught Honors and AP Art History to high school seniors for 13 years. A wonderful treat is when they visit me during their first winter break home from college.  A few years ago, these visiting graduates began to describe their art history survey experiences in ways that both concerned and thrilled me. The survey was changing. University faculty were recognizing the untenable nature of the giant curriculum, so they were figuring out ways to get students excited about art history by organizing some of the big ideas around themes.

The alarming part for me was the concern that my traditional chronological approach was no longer the gold standard. I was also worried that the significance of a chronology might be lost for the sake of a jazzy theme. I set about trying to create a way to both teach the timeline and the content by embracing a thematic approach within that march through history. This involved what I came to describe to students as the “Six Degrees of Separation in Art History.”

The theory that we are all connected by no more than six links applies quite well to art history because it can be used in terms of influences and ideas as well as formal design elements. There is room here for caveat, however. Drawing connections across time and cultures can be fraught with peril. We need to guard against simplification. We need to firmly ground our pedagogical practices in understanding and conveying function and context as well as formal elements. That being said, asking students to recall works they have learned that share commonalities with works they are currently exploring, tends to make for rich discussion both of the meaning and function of a work within its cultural context and its meaning across time and once re-contextualized for a new audience. Because I have been teaching an AP class in which the end-of-year exam is not written by me, but by a committee of art historians, teaching and modeling flexible thinking has been one of the main goals of my teaching practice.

For example, when we teach Manet’s Olympia, we know to bring in Titian’s Venus of Urbino, but if we also remind students of the female figure going back to Crete and over our imaginary map to the Hindu Yakshi, and an African tribal example like a Baule Spirit Spouse (Bloto Bla), we are inviting them to cast a wider mental net of imagery and objects. After establishing that contextual history and contrasting it to other traditions, we set the stage for completing the tour with a focus on women artists who have used their own bodies as a tool for their work. Therefor we can see the broader implications of the trope of the female nude in art history with artists like Susanne Valadon, Ana Mendieta and Renne Cox. 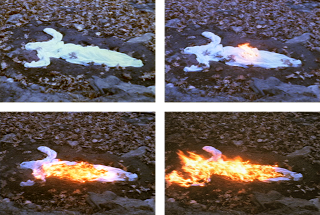 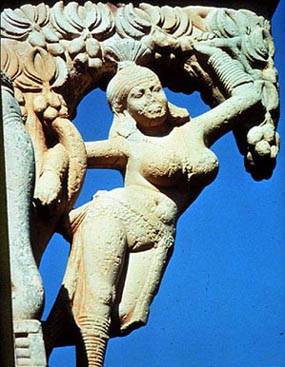 With any of these works we can also draw connections. What similarities or differences can students find between a Venus figure from, say the 4th century CE, and a Yakshi? How do the Yakshi figures on the Toranah Gates at the Great Stupa at Sanchi function as part of the larger message of that monument? How is it different from the religious function of the Aphrodite of Knidos? By asking them to explore the clear differences in terms of function and contexts, we can avoid reductionism and prime the students for deeper understanding. Furthermore, if we ask students to place these works on a timeline and map, they can remind themselves what other works related to them within their own context. For resources related to timelines and maps, see Rhonda Redmond’s excellent timeline assignment: “Do you Tiki Toki?” and the Metropolitan Museum’s Heilbrunn Timeline of Art History.

Getting back to our old friend, Olympia, if we bring this work back into the classroom as we explore modern and contemporary art, the discussion can evolve from the differences and similarities in the representation of the female nude over time within the European tradition. Placing Olympia side by side with Picasso’s Les Demoiselles d’Avignon, the work of Willem de Kooning, Philip Pearlstein, and countless other male artists invites questions of intent and meaning. Adding the work of women artists like Suzanne Valadon and Renee Cox who have used their own nude bodies as subject/object, and then mixing in the political action/performance of the Guerrilla Girls can further propel classroom discussion of the role of the female nude in representation.

Finding the right combination of works to spark dialog from year to year and class to class is the fun part of teaching like this. Themes can be anything, such as narrative, conflict, power, or, in this case, the human body.  Being flexible and open to surprising avenues of exploration is always a risk, but it also promises rewards. What I learned in teaching this way is this: Art history class does not have to be a march through time, nor does it have to be a series of thematic categories. As I found ways to take advantage of the fact that we are out of both time and space when looking at images in the classroom, I began to realize that drawing these threads of connection was one of the most creative aspects of teaching the survey for me.

Whenever I discuss this idea of drawing connections with colleagues, it seems to spark their own imagination and great suggestions spring forth. I invite yours.