From Paris to New York: Summarizing my first year behind the lectern 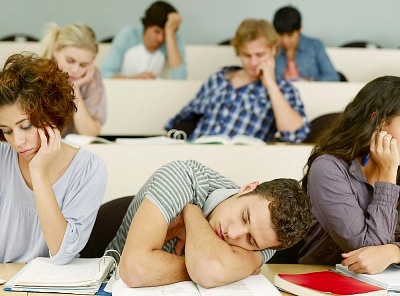 Having answered all of my students’ emails and submitted their grades to the Registrar, I have officially completed my first year of undergraduate teaching. My feelings, however, are mixed. Although I am relieved to have finished (and survived), I find myself grappling with more questions about how best to lead a survey course, engage with students, and be a better instructor now than I had in September.

In truth, I didn’t think much of or plan for teaching until, suddenly, my first year of graduate school was over and I was faced with preparing a syllabus, lecture materials, and instructing nearly 100 students in a few short weeks. With no training, orientation, or pedagogy courses provided by my university, I was overwhelmed by the prospect of teaching my own class and decided to meet with the program director to express my concerns. However, he immediately laughed my fears aside and pointed to my “previous teaching experience”, assuring me I’d have no problem adjusting to my new role.

I struggled to understand how singing with and herding groups of drooling seven and eight year olds in Paris would relate to an undergraduate art history survey in New York, yet in some ways, he was right. Classroom strategies I had adopted in France were applicable in New York, and problems encountered and mistakes made before surfaced once again. For example, I had learned the hard way that while we all want to be liked, as a teacher, you cannot try to be your students’ friend. This scenario played out rather dramatically when what had been my star class morphed overnight into that which I most dreaded teaching. After weeks of ease and laughter, my relaxed approach backfired and I was nearly devoured by dozens of children who had little interest in learning English and unending energy for testing my patience.

To avert this problem in New York, I adopted a serious tone from the start and arranged my classroom like a battlefield. Soft-spoken and timid, I don’t enjoy being the center of attention or speaking to large audiences, and sought refuge in art history’s traditional instruction  in dimly lit rooms. There, in the darkness, I manned the podium as if it were a barricade marking the last line of defense between my students and me, and rarely emerged from behind its protective barrier.

I thought this defensive approach even more necessary with undergraduate students because they would easily see that I was only a few years older than they were and felt a strong need to exert and maintain authority. But perhaps in my quest to be taken seriously I veered too quickly into the realm of the staid and mundane, thrusting dates, titles, and images at my students in as straightforward and rapid a manner as possible through lecturing, which, like the dim lighting, seemed a “safe” strategy and relieved me of the need to extemporaneously pontificate.

During lectures, I strove to emulate a favorite professor from college but learned that not all of us possess the orator’s gift and not all students appreciate or benefit from such a style of teaching. It soon became apparent that I was trying to share far too much information in too short a span of time, which caused my teaching to have dually soporific effects: 1) the lectures literally put some of my students to sleep and 2) they were physically exhausting for me.

This suspicion was confirmed after a teaching observation when a colleague told me I needed to slow down, not only because my delivery was too fast and packed with details, but because he feared if I continued at my current rate I would drive myself to an early death.

Yet how to avoid the drudgery of traditional survey courses and incorporate alternative strategies eluded me. I had assumed that lecturing was the only possible method for large, introductory courses and with two sets of 45 students I didn’t see how we could successfully entertain group discussion or approach course material in a more collaborative and hands-on manner. Additionally, as a first-time teacher, I felt bound to the book.  While many of my colleagues had abandoned textbooks altogether, as a novice, I wasn’t comfortable giving it up just yet.

But relying too heavily on the book hindered my ability to move beyond simply (re)presenting information in class, and as teachers, we need to (re)introduce material in new ways, as well as enliven, review, and challenge it. Our task isn’t necessarily to educate studentsabout things, but rather, to show them how to think about said information. In this quest, the textbook should be a guidebook, but not a Bible. We need to tell a good story without repeating the same words, ensure that our student do not simply absorb but carefully digest information, shift learning from a passive to active dynamic, and demonstrate how students and teachers both benefit from placing greater responsibility on students not only to listen, but to use their peers and instructors as resources in their own self-instruction.

These goals and ideas consumed my thinking and mid-way through the year, I made some changes. First, my powerpoint presentations were cut in half and we focused on fewer works of art more intently, which caused my students to ask more questions of me and I of them. Next, when I abandoned my post at the lectern, my students immediately livened up and I learned the power of humor, anecdote, and self-deprecation.

When I broke out of the lecture drone to ask questions and entertain side-conversation – even at the risk of failing to complete the scheduled chapter – my students were more engaged and learned more than the rote enunciation of dates, sites, and important facts. And instead of routinely noting the importance of works of art (as I had been taught to do), we questioned what is art, what is art history, and why the study matters. Whether our discussions produced firm results or ended in existential crisis, the debates we had about why we were looking at objects and why it was a worthwhile use of our time were, in my mind, some of the most interesting moments throughout the course.

Looking back, perhaps the hardest lesson I had to learn is that my students do not all learn the way I do. As someone who appreciates an eloquent speaker, I believe there is a time and place for lecturing and while it was an extremely effective tool in my own education, my students need more than fact-filled speeches. They need a mentor who will vary teaching styles to appeal to, intrigue, and engage a wide range of learners. They need someone to entertain their questions, challenge their reasoning, and ask them to see the world more critically. They need a teacher who constantly (re)considers how to teach and remains open to being taught not only by colleagues but by students as well.

One of the great benefits of teaching is that we learn on the job, but like our students, we also need to be taught, too. And so, to the first group of students who let me teach them, I am enormously grateful.  Not only were you great students, but you were wonderful teachers as well.

Is There a Traditional Definition of Art History Anymore?