Bringing the museum into the art history classroom 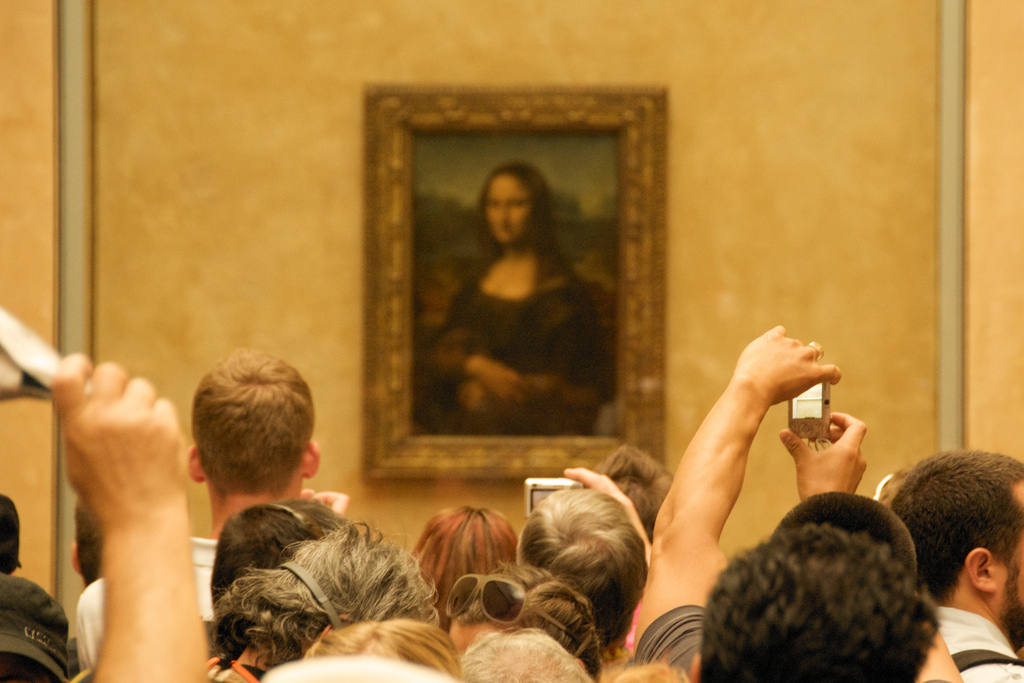 AHTR aims to facilitate the exchange of a number of pedagogical resources. One of the first components uploaded to the site was the museum films, but they took a back seat to the exciting blog posts that populated AHTR in its first year.

So, we thought a blog post on the reasons for making these these films, and the ways in which they could be a valuable source for instructors, would be helpful to the AHTR community. (Not least because getting permissions to film or take pictures in some of these locations is really tough – we managed to avoid the shouts of “No pictures!” from the security guards by going through the correct channels.)

Most art history instructors include a museum visit or two in the semester schedule. But what if a museum or gallery visit is difficult to arrange dependent upon geographic location of the college or university, class size, or the time the class is offered?

Even though I have access to numerous museums because I teach in New York City I found that some of these challenges prohibited my students in engaging with the museum in what I considered to be a meaningful way. I often teach jumbo art history survey classes and there’s just no way for one instructor to physically tour 100 students around a museum at once in any meaningful way. If not class size, then my city college students’ schedules – job 1, job 2, family, other classes – meant they couldn’t make the visits I scheduled. For these and many other reasons, I increasingly found that it was often no longer possible to engage the students with a teacher-led museum visit (though where I can, I always still do!).  Through several discussions with Michelle, we came up with the idea to film some of the museums in the city in order to help facilitate professor-led discussions in our classrooms before our students hit the museum.

There are certainly helpful projects out there already that pointed towards our idea. But, while Google Art Project and Google Maps allow students to view the interior and exterior of museum spaces, they are stilted and do not study the exterior façade and environment in the necessary depth of an academic exercise. We want our students to consider the politics of the museum space – how, why and where the artwork is located in the museum, and the museum architecture itself.

We ultimately got this project supported by two Baruch Learning and Technology Grants that supported the work of filmmaker and editor Thomas Shoemaker who filmed at least ten museums as well as two discussions among museum educators and art history instructors. We’re still working on uploading some of them, and also redubbing them – one part of the learning process was realizing that having a score was distracting. We are currently reinstating the “wild sound” they were created with.*

We hope that the availability of the short museum segments will enhance professor/student engagement for a variety of academic disciplines. But for art history these films can provide a number of pedagogical objectives. I use these films as introductions to the self-guided museum visits that I must now assign to the 100+ students in my jumbo courses. We also view the films in class after the students have toured the museum and handed in their formal analysis assignments. The traditional formal analysis assignment now includes a section that asks them to critically evaluate the museum space. The goal is to make them aware of how the decisions made by museum personnel subconsciously affect each visitor.  My model is Carol Duncan and Alan Wallach’s “The Universal Survey Museum.”

Duncan and Wallach analyze the Louvre, considering the information imparted to the visitor through the deliberate placement of the works of art, the organization of the galleries and the architectural frame of the Louvre. They provided me with some ideas to create a list of questions for the survey student to consider as he or she his moves through the museum, including:

Both Michelle and I have had some great pre- and post-visit class discussions spring from watching these films with our students. In one of Michelle’s classes, after students visited the Met independently (watching the Met Museum film before and after and discussing as a class), the students were asked to analyze the film that showed the Studio Museum in Harlem (without knowing the name of the institution) as an extra credit question on their midterm. Students showed confidence and facility with describing and interpreting the similarities and differences between the two exteriors, interiors, and neighborhoods. For example, they didn’t know the flag outside the Studio Museum in Harlem was David Hammons’ African American Flag, but they could interpret the difference between its symbolism (alternative, wishing to make a new statement about the politics inherent to the American flag) and the symbolism on the facade of the Met (classical, traditional, patriarchal). It was fun to parse this further after the exams were handed back – and to be able to continue to discuss – in a multifaceted way – spaces of display long after the museum visit had happened.

We’re pleased to have these films available and we hope they become a valuable resource to the community. The goal is to add to the collection with the help of the Kress grant, but also from contributions from our peers.

We’d love to hear what you think of this project. It’s still in beta mode. What would you need changed or adapted in order to use it in your classrooms? Could you make similar videos of institutions and places in your locality that we could post and share on AHTR?  We’d love if others in the AHTR community would add to the collection expanding it beyond the currently New York City-centered focus. Help us create some additional assignments or discussion points to be added to the AHTR site. We want your feedback and participation!

*We are in the process of editing and uploading the following films: The New Museum, The Brooklyn Museum, The Tenement Museum, and PS1 (we have some fabulous footage of Five Pointz from the 7 train before it was torn down). In addition, we recorded a conversation among Michelle, architectural historian and Big Onion Tour Guide Ted Barrow and myself about the Metropolitan Museum of Art  and another between Laura Lombard, manager of University Programs and Partnerships, and Mike Obremski, a gallery guide, at the Rubin Museum of Art.

Get involved with THATCamp CAA 2014!

3 responses to “Bringing the museum into the art history classroom”