The lesson on race and identity in American Art can be folded into any part of the survey course if the course is structured thematically. That being said, it is often taught towards the end of the semester as it tends to focus on post-1980 art. This synopsis offers insight into art across several historical periods in the United States, rather than considering only recent works.

The most difficult part about this lesson is the expansive breadth of the topic. A lot of research has been done on African American/Black identity especially as it is so intimately tied in with larger themes of American art. Other races/ethnicities and other cultural identities are often lesser known and more poorly represented in survey courses and the discipline in general. This guide does not purport to be a thorough overview of all or even most of the various cultural groups of the United States, but rather offers the instructor a starting point when teaching about race and identity in the United States.

Additionally, it can be effective to select a few artists/works that can be sprinkled throughout the entire semester. For instance, the painting by Henry Ossawa Tanner can be taught in conjunction with Thomas Eakins, Tanner’s mentor and teacher. Rather than presenting him as part and parcel of African American artists, Tanner can instead be viewed as an American Realist and taught as such. Such a method would allow for the introduction of themes of race, slavery (Tanner’s mother was an escaped slave), etc., while still embedding the work within its specific historical context.

To begin, you can spend the first 10 minutes of class discussing celebrities, movies, television shows, advertising, etc. that addresses topics of race/ethnicity/cultural identities. One question that has been very effective when teaching classes that are particularly diverse is: Name a celebrity or a movie or a television show that you feel is a proper and real representation of you and your family/upbringing/culture. Discuss. This is particularly effective in making these issues relevant to your students. 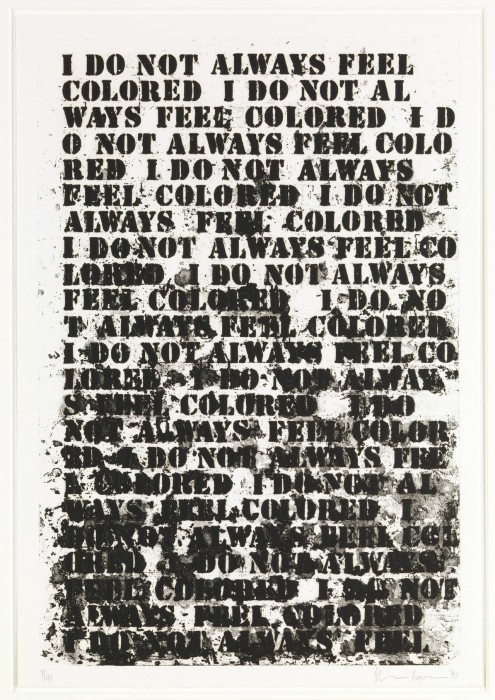 Ruth Asawa, The Bayou, 1943 (while interned at Rohwer Relocation Center in Arkansas)

The Chicano Movement emerged in tandem with the Civil Rights Movement and is rightly seen as another part of the Civil Rights Movement. In an effort to bring into political awareness issues of property, jobs, and other economic matters, the Chicano Movement worked to raise awareness of stereotypes of Mexican Americans in the United States. Both Jiménez and Romero, discussed below, bring focus to issues that were specific to Mexican Americans, especially in the western part of the United States as well as cultural perceptions of Mexican Americans. 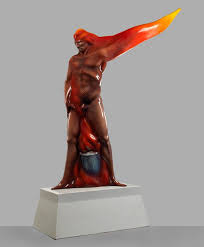 Michelle Yee (author) is a PhD student at the CUNY Graduate Center.