This past year, in an introductory survey course, I experimented with the format of a debate to engage students in the history of art and our responsibility to this history in the present. The debate required students to take up a position on an issue and argue their case, giving them an opportunity to engage with art history in a new way.

My starting point for the activity was the dispute over the Parthenon Marbles, through which I hoped to show students that ancient artifacts can be relevant, even controversial, in the twenty-first century. While looking for resources on this topic, I came across the Ethics and Archaeology activity produced by the Education Team at the Museum of Vancouver. The activity outlines four case studies that address ethical issue relating to the preservation and use of ancient sites and artifacts. The case of the Parthenon Marbles is joined by a debate on relocating contemporary Egyptians living on top of an ancient burial site; the controversy over preserving totem poles carved by the First Nations people of the Northwest Coast; and a dispute over the Dickson Mounds Museum’s display of remains found in an ancient Native American burial ground. The Museum of Vancouver Education Team suggests dividing the class into four groups, with each group receiving one case study to research and present to their classmates.

In my class, I divided the students into eight groups of five or six students, and each group was assigned one side of a case study. For example, one group was tasked with arguing that the Parthenon Marbles should be returned to Greece, while another group was asked to defend the British Museum’s decision to keep the marbles. The Museum of Vancouver Education material provides web links to further information on each of the case studies, which I supplemented with a few additional resources. I devoted one class session to the debates, with each group allotted seven minutes to present their case. After the two sides of each case were heard, there was time for rebuttals and then questions and comments from the class.

On the day of the in-class debates, I was amazed by the enthusiastic response from students. They took on their positions with such seriousness and vigor that tensions ran high between opposing groups, and those playing the role of audience provided sound effects reminiscent of a Jerry Springer episode. The conversation grew particularly heated during the debate over the preservation of totem poles, a topic that hits closest to home at my Canadian university.

As we moved through the case studies, I highlighted key issues and wrote them on the whiteboard. In this way, we were able to move from the specific details of each case to more abstract questions about the value and role of ancient sites and artifacts in our lives today. Some of the questions raised included: Do we have a responsibility to ancient sites and artifacts? Who do these sites and artifacts belong to? Should preservation always take precedence over contemporary needs? Which moment of history should we privilege? Just a few days after we held the debates, the United Nations announced the deployment of troops to protect ancient heritage sites from ISIS, thus demonstrating to students that these questions of responsibility and ownership continue to arise in response to new situations.

The activity worked so well that I created a debating activity for the subsequent term, which I called “Modern Art on Trial.” For this activity, the class was divided into six groups to debate three episodes in the history of modern art: The Whistler v. Ruskin Trial of 1878; The Brancusi v. United States Trial of 1928 (also see Ioana Literat’s AHTR post “Participatory Learning in the Art History Classroom,” from October 19, 2014); and the controversy surrounding the National Gallery of Canada’s 1989 purchase of Barnett Newman’s Voice of Fire. Once again, we debated these specific cases as a starting point for exploring wider issues. The question of what counts as art lies at the heart of both the Whistler v. Ruskin trial and the Brancusi trial, while the controversies surrounding Whistler’s and Newman’s paintings raise the question of how art should be valued. All three cases also touch on the issue of who is best qualified to judge art. There is no shortage of controversy or legal battles within the history of art, so many other topics could be chosen for this activity. For more examples, I recommend the book The Trials of Art, edited by Daniel McClean (London: Ridinghouse, 2007). 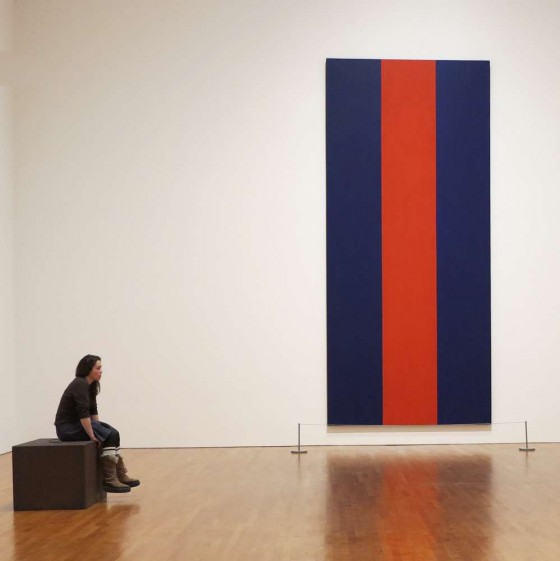 Discussion wasn’t quite as heated when we put modern art on trial, but some students made the connection between our historical cases and a controversy that had recently erupted around the high cost of a local public art project. Our debate gave them the opportunity to consider this example of public art in a new light, encouraging them to see beyond whether they liked or disliked the piece to assess the issues at stake in the controversy and consider the value we ascribe to art today.

The Rare Experience of Punctum

2 responses to “Debating Ethics and Issues in Art History”